Survival analysis of two endemic lizard species before, during and after a rat eradication attempt on Desecheo Island, Puerto Rico 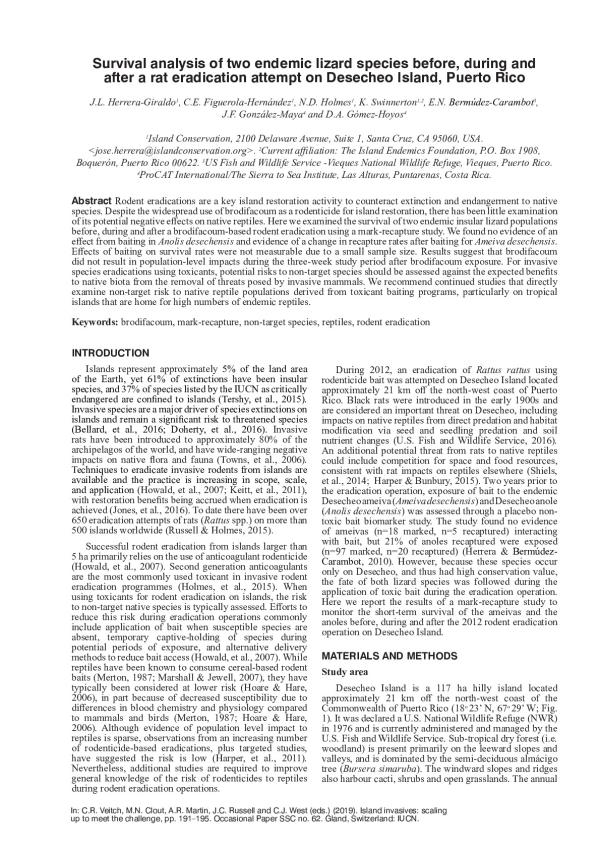