Where to invade next: Inaction on biological invasions threatens sustainability in a small island developing state of the tropic 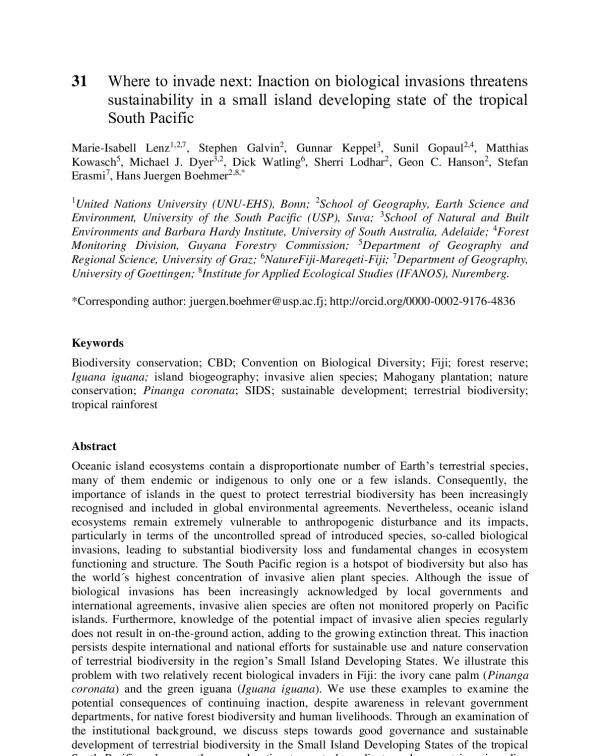